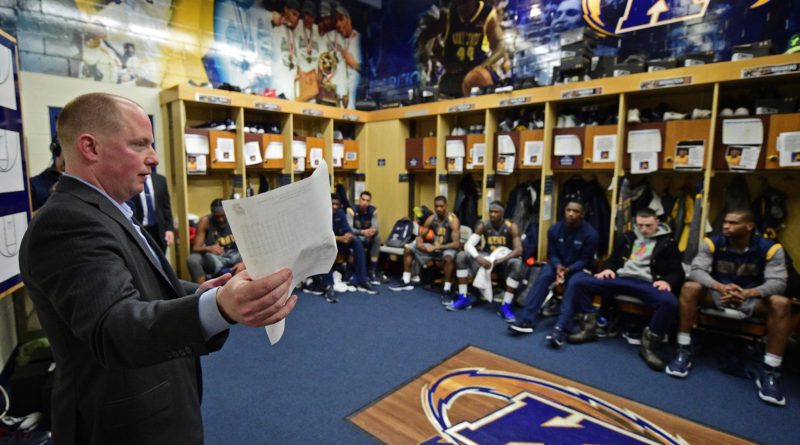 Wow!!! What a great two days of basketball. Let me start by thanking Jordan Mincy, my former player and coach who is now an assistant at Florida along with Mike White, Florida’s Head Mens Basketball Coach, for inviting me to attend the clinic these last few days. In addition, thanks to Larry Shyatt of the Dallas Mavs who is the brainchild of this clinic and has been running this “think-tank” for coaches to share ideas for many many years. I had heard about this “secret clinic” for a long time and when I saw Jordan on the recruiting trail this July, I pressed him to get me an invite to this event. I am glad I did and appreciate him coming thru for me. These past few days have been tremendous for me personally and professionally. It was awesome to be apart of and I hope to be invited back next year!

On a side note, I would strongly recommend that all coaches at all levels, both head and assistants, attend some sort of clinic before each season begins. It helps “sharpen the knife” as a coach and gets you thinking about basketball at the start of each year. It also helps reinforce what we all know…..coaching is about communicating and about people. In college, we spend so much time recruiting that spending some time each year talking to and listening to other coaches really helps us each improve and grow. Not only grow as a coach, but also as a person and as a professional.

I came down to Florida with the expectation of learning some “X’s and O’s” that could help my team this coming year. I certainly left with some good “Xs and O’s” to help my team….but I also left with a greater appreciation for all of “non X’s and O’s” that go into being a good coach and having a successful team and program. The two-day clinic started at 9am on Thursday and ended on Friday at 2. During those 29 hours, there were over 20 presenters to the group. Not every presenter talked about offense, defense or OB plays…..but each person was incredibly prepared and forced everyone in attendance to think about how they coach and why they coach. Each presenter gave me ideas that I think will help my team this year at Kent State and also help me become a better coach for years to come. I got some great  quick hitters and a few new drills but I got much more than that out of the clinic. I actually got a lot of new ideas to help me and my staff do an even better job connecting and communicating with the players that we coach.

As I said there were over 20 people that spoke during the two days…..I heard Cuonzo Martin discussing what toughness means to him and Jeff Bzdelik show everyone drills on the Houston Rockets’ switching defense.  I learned about “Personality Profiling” from Chad Brown.   Check out his site…..really good stuff.  I got some great UOB, SOB and late game sets to use.  I watched Coach White run the Gators through an hour long workout.  I listened to Chris Oliver from the University of Windsor discuss how they drill and practice “live” for every drill.  Nothing 5 v O.   Everything is “live”…..even with their shooting and skill work…..I had never heard of that before and thought that was a cool concept.  There were NBA guys and College guys sharing ideas and philosophies on how and why they do what they do.  One other really cool thing to see was how much they use “hard data” in the NBA and analytics.  I know we use analytics here at Kent State and I am sure that a lot of college coaches use them to some degree, but the NBA uses them like a science.  It really is at another level.  I found it fascinating to hear and watch those guys talk about their game…..Coach Shyatt put a lot of work into this and it was evident.  Throughout the two days, I tried to absorb and learn as much as I could and took pages of notes.

Nothing I saw or did down in Gainesville was more powerful than listening to Chad Hymas speak to our group on Thursday night. Chad is a close friend of Coach Shyatt’s from his days at the University of Wyoming. Without going into too much detail, Chad suffered an accident 17 years ago that left him a quadriplegic. His 45 minute speech to the group of coaches had everyone inspired. His influence on our group was nothing short of amazing and he had us all wanting to do better for the people that we have an opportunity to influence. Listening to him was special.

Along with the great lectures, the clinic gave me a opportunity to meet and learn from some great coaches and people. We all know that coaching is an ultra-competitive profession. They keep score for a reason. But….it is also a profession with a lot of really good people that have an opportunity to shape young men (and women) and influence lives. I know that I am very lucky to be able to do what I do, but being down there the last few days gave me an even greater appreciation for all the good that college basketball has to offer. We all know there is some things to improve in our game and in our profession, but there are also a lot of really good people trying to do some really good things out there as well.

Everyone at the clinic was willing to share something that may help out the rest of us…..with that in mind, I wanted to share with all who read this two things that I have done this summer with my team to help get us off to a great 2018-19 season.

1. My seniors and I read the book The Power of a Positive Team by Jon Gordon together. Each week this summer we met and went over a chapter or two in the book together. I thought it was a great way to connect with my “leadership group” and the message in the book is awesome. He is a great guy to follow on twitter and I find his books to be awesome.
2. There is about an 8 minute clip on youtube of Kobe Bryant talking to The Univ of Alabama Football team and Coach Saban. I sent it to everyone on my team, coaches included. It was GREAT and I think all coaches and players will like listening to it.

Thanks Rob Lanier for inviting me to write for the site…..All the best to those of you who took the time to read this and have a great 2018-19 season.

Rob Senderoff is the Head basketball coach at Kent State where he has done a terrific job. Coach Senderoff has led Kent to a MAC Regular Season Title (2015) and an NCAA Appearance (2017). He began his coaching career as a Graduate Assistant at Miami (OH) and has had assistant coaching stints at Fordham, Yale, Towson, Kent State and Indiana. You can follow coach Senderoff on twitter: @CoachSendy

One thought on “FLORIDA BASKETBALL CLINIC by Rob Senderoff”