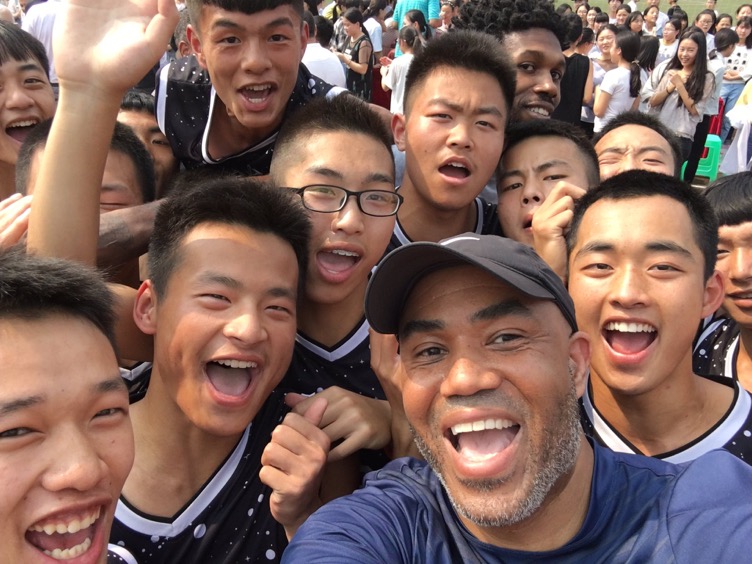 It’s always amazing how the shot after the “one more” drive and kick extra pass seems to go down. Or how the guy that’s first to the floor usually comes up with the loose ball. The charge? We’ve all seen it make a bench explode, energize an arena, and change the course of a game. Bottom line is this – the game of basketball honors and rewards these acts of sacrifice in beautiful, mysterious ways.

When I was head coach at Charlotte, we faced #15 Michigan in the championship game of the 2013 Puerto Rico Tip-Off. They had a terrific roster with a young Derrick Walton and Zak Irvin, Nik Stauskas, Caris Levert, Glenn Robinson III, and Mitch McGary. We had beaten Kansas State in our opener and then Northeastern in the semis for a shot at the favored Wolverines.

Midway through the first half I subbed one of our forwards, Terrence Williams out to take a blow. Marki Bryan, a freshman went in and gave us some solid minutes.  When I went to sub Terrence back in, he said, “Coach, let Marki roll. He’s playing well. I don’t need to go back in right now.”  I was stunned. It was a moment that we strive for as coaches, when guys want teammates to truly do well and back it up with action.

Fast forward to the last possession of the game. Score tied at 61. It had been a great battle and just a fun college basketball game to be a part of.  As the seconds ticked down, our point guard drove downhill for a shovel pass to Terrence in “dunker” area on the baseline. As he gathered to finish – shocked to be so wide open – he missed an easy layup….only to tip in his own miss at the buzzer. A quick review at the table confirmed the bucket good – and gave us the Puerto Rico Tip-Off Championship.

Watching the guys celebrate and dance under a “limbo” broom on the court, I couldn’t help but think: The same guy who made a selfless act during the game got rewarded by making the basket to WIN the game.  What a beautiful mystery…

Like life, sometimes basketball has mysteries that don’t always need to be explained….but just to be experienced and enjoyed.

EDITOR’S NOTE
Alan Major is a true veteran of the coaching profession. He currently serves as The Director of Player Development at the University of Texas under Karen Aston. A native of Indianapolis, IN and a graduate of Purdue University, Major started his coaching career at Div III Cal Lutheran in 1992. He then coached at Pacific, Southern Illinois, and a second stint at Pacific before joining Thad Matta at both Xavier and Ohio State. In 2010 he became the Head Coach at the University of Charlotte where he spent 5 seasons which included a 2013 NIT appearance.

One thought on “BASKETBALL AND ITS BEAUTIFUL MYSTERIES…by Alan Major”